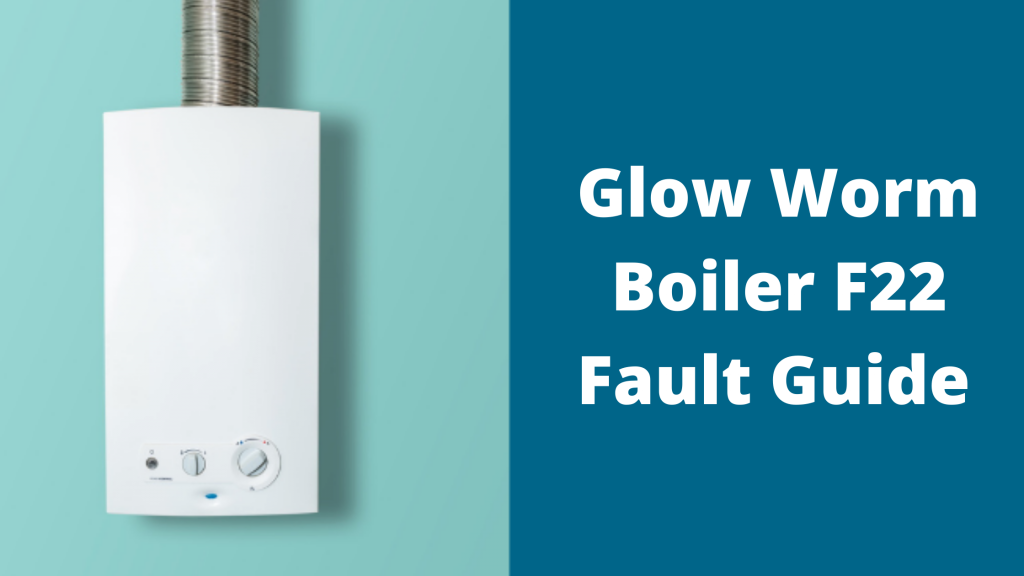 What Does the Glow Worm F22 Fault Mean?

The F22 fault code appears when your boiler has low pressure. Low pressure can have a number of causes, and not all of them are cause for concern.

However, the F22 fault should still be addressed cautiously, as codes only appear when conditions have changed so significantly that it may be unsafe to run the boiler.

This prevents the system from attempting to work in conditions that may cause internal damage or external danger.

What is Boiler Pressure?

There are two kinds of pressure which are relevant to your boiler: gas and water. Usually, when people say “boiler pressure” they are referring to the water rather than the gas, which is also the case with the F22 fault code.

The water in your heating system needs to flow appropriately through the pipes and boiler unit itself. This requires the right amount of force, which is affected by the volume of water in the system at any one time. The more water in the system, the greater the force that pushes the water around, which is measured as pressure.

When the amount of water within the system decreases, the pressure will also drop. This may happen suddenly or gradually over time. Gradual drops are common and don’t usually indicate a serious problem. Most people will need to top up the pressure on their boiler once or twice a year, which is a good practice as it prolongs the health of your boiler and prevents costly repairs.

How Do You Read the Pressure on a Glow Worm Boiler?

You can see the water pressure reading on the front of your boiler display.

Some boilers have a dial known as a pressure gauge, but most Glow Worm models use a digital display. This shows a measurement of the pressure in units called bars.

The recommended pressure for the boiler when it’s switched off is between 1 and 1.5 bar.

When everything is working as it should, you will see this number begin to rise once the system is switched on. Ideally it will rise no higher than 2 bar.

When is Low Boiler Pressure a Problem?

However, if the boiler is unable to retain appropriate pressure to function, or it suddenly drops or rises, the cause will need to be found and repaired.

In some cases, the F22 fault will require immediate emergency work, for example if there is a significant leak. The fact that a fault code has appeared indicates that the low pressure has reached problematically low levels.

However, in most cases it will be safe for you to attempt repressurising your own boiler where no obvious problem can be seen. If the boiler can’t retain this pressure then you will need to call an engineer.

How do Leaks Cause Low Boiler Pressure?

Leaks in the Heating System

Loss of water causes the boiler pressure to drop, so leaks are an obvious cause of this issue. However, due to the many components that make up your home’s heating system, it’s not always easy to identify the source.

You will most likely have noticed if an appliance has become faulty or a pipe has burst, as these types of problems are usually accompanied by huge amounts of water spilling into the house.

In these instances, the best thing to do is turn the water off to the relevant appliance, or at the mains supply itself if needed. Then you can call a plumbing service without worrying about continuously flowing water.

With fault codes such as F22, less obvious leaks are more likely. The first places to check are the radiator valves and connections, as corrosion of these parts is a common source for leaks, particularly in older properties.

Pipes in these areas may appear wet due to condensation that forms over the heating process, so laying a plate or other flat surface underneath the connection to check for drips is better than relying on sight alone.

The location of a leak may not be accessible without undertaking significant work, as the pipes run throughout your property behind walls.

However, there are signs to look out for that can indicate hidden leaks. Obvious examples are damp patches on walls, ceilings, or floors, which don’t always feel wet to the touch but often spread over time.

Painted surfaces can begin to flake, particularly pipes themselves and skirting boards. Wallpaper can also become discoloured or bubble away from the wall in affected areas.

Leaks Within the Boiler

Another source of leaks that may not be immediately obvious are the components within the boiler unit itself.

The connections of this part of the system are just as vulnerable to corrosion and loosening due to extended use. You may be able to notice drips coming from the unit, or damp patches appearing on the walls surrounding it.

Beyond these smaller parts, there are some more profound complications that can lead to leaks, such as limescale build-up.

Limescale is made of minerals that flow into the home from the mains water supply, eventually collecting and hardening on surfaces it comes into contact with.

When it builds up on parts such as the heat exchanger, it can interrupt the appropriate flow of water, leading to overheating and eventually cracking.

No matter how small, these cracks will allow enough water to escape the system to cause serious damage, particularly to the boiler’s electrical components.

This is one of the reasons that codes such as F22 exist, as stopping the boiler from working when pressure is lost may help leaks to be found and repaired before they become more dangerous and costly.

Yes, as the process lets air and often water out of the system, which in turn reduces the pressure.

This is only a likely cause of F22 if you’ve bled your radiators recently, or not turned the boiler on since you last did. A loss of water significant enough to cause the boiler to lock out would be registered straight away.

While it can lower boiler pressure in the short-term, bleeding radiators should still be undertaken regularly, as it prolongs the life of your system. Just make sure to check the pressure gauge afterward, and top up where necessary.

How to Top Up the Pressure on a Glow Worm Boiler

You may need to repressurise your boiler if the display screen shows 1 bar or less at any time, or this reading fails to rise as the boiler heats up.

Before starting the process, make sure the boiler and surrounding pipes are cool. Look beneath the unit and locate the two sections of pipe which have taps on them, these are usually marked with coloured plastic handles.

This arrangement is known as the filling loop. To use this loop to adjust the boiler’s pressure, do the following:

While you can do this job alone, having a second person who can watch the pressure reading is a good idea. Once you have completed these steps, you can reset your boiler and see if the fault code has cleared.

If there is no underlying problem such as a leak, your boiler will retain the pressure you’ve added, and you will see the reading increase when it begins to heat up.

Do I Need an Engineer to Fix the F22 Fault?

As this code can indicate a leak, you will almost always need an engineer to fix the fault.

This is because only registered Gas Safe engineers are legally allowed to open up the unit for diagnosis and repair, and a leak anywhere in the system may have damaged the boiler itself.

If you recently bled your radiators and topping up your boiler’s pressure has cleared the code, you may not need any other diagnosis or repair works.

Even in these circumstances, it’s always a good idea to chat with an engineer, just to be completely safe and create a record for future reference.

How Much Will Fixing the F22 Boiler Fault Cost?

The cost of repairing a leak varies widely depending on where it has sprung. Parts such as valves and pipe connectors are usually priced under £10, but labour time and cost may increase if the affected area is difficult to access.

Water damage within the boiler is most costly to repair, with parts such as the heat exchanger and printed circuit board (PCB) costing up to £500.

If multiple replacement parts are required, your engineer may suggest that a new boiler would be more cost effective.

Fortunately, codes such as F22 are intended to prevent such widespread damage, so hopefully any leak will be caught before it gets to this stage.

Get Free Quotes to Fix Your Glow Worm F22 Error