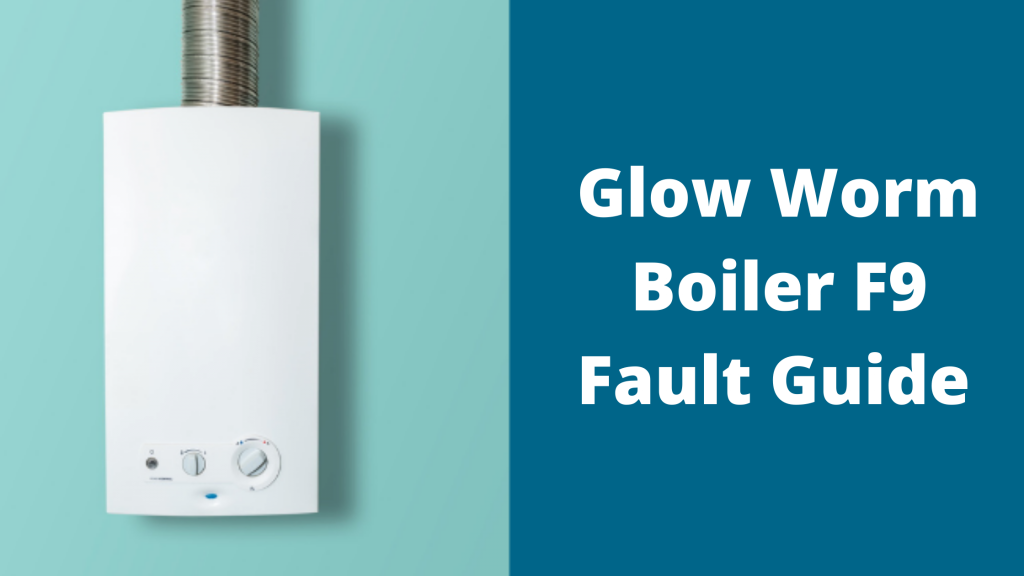 What Does the Glow Worm F9 Fault Mean?

When the F9 fault code appears on the display screen of a Glow Worm boiler, it indicates a pressure issue. Glow Worm notes in their boiler manuals that this is likely a problem with the water pressure sensor, but it can also be caused by low pressure within the system.

The water pressure sensor is a part responsible for taking readings of the boiler’s pressure and sending them to the printed circuit board (PCB).

The PCB acts as a central hub for the boiler’s electrical operations, and must receive confirmation that each stage of the heating process has taken place safely before it will signal that the next can begin.

If the sensor records pressure above or below the recommended reading, the PCB will stop the boiler from functioning and show a fault code such as F9.

This can also happen if the PCB is unable to receive readings from the pressure sensor for any reason.

This code can also mean that something else is reducing the pressure within your system. This doesn’t always mean that you have faulty parts which will require repair works, as you may just need to top up the boiler pressure on a DIY basis.

However, significant or recurring drops in pressure can indicate a leak either within the unit or elsewhere in the home.

What is Boiler Pressure?

There are two kinds of pressure relating to heating systems, one is gas and the other is water.

Usually, when people refer to “boiler pressure” or “system pressure” they are talking about the water, which is the case with the F9 fault code.

As water flows from the mains supply into your home, it needs to travel at an appropriate speed to ensure that enough water is in the pipes as it enters the boiler unit.

Pressure refers to the force needed for the water to flow at this speed. When the amount of water decreases within the pipes, less pressure is exerted and so the speed is reduced.

When this happens, you may notice water leaving your taps at a reduced rate. It can also lead to overheating issues, as your boiler produces heat intended for a specific amount of water within the pipes.

Excess heat that cannot be transferred to water as it passes through the heat exchanger may end up heating the surrounding components within your boiler unit.

As this can cause serious damage and even external danger, the boiler will lock out and produce a fault code t if it senses any issues that could lead to overheating.

It is not unusual for boilers to slowly lose pressure over time, with most needing to be repressurised at least once per year.

Bleeding your radiators increases the chance of water escaping, leading to pressure loss. If there are no other problems present, this can be undertaken at home and won’t require costly repairs.

It’s an important process to keep on top of, as it will keep your boiler healthy and efficient for longer, and reduce the risk of more significant issues.

If the boiler pressure is dropping very quickly, or won’t stay at the appropriate level after being topped up, there may be a leak in the system.

Sometimes you will be able to identify a leak, so it’s worth checking around the radiators and any visible areas of piping.

You may also have noticed damp patches on walls, ceilings, or floors. However, leaks aren’t always detectable at a surface inspection, requiring an engineer to access parts of the system hidden behind walls.

How Do You Check a Glow Worm Boiler’s Pressure?

Many boilers have a dial on the front of the unit known as a gauge, which will display the boiler’s pressure at all times, measured in units called bars.

However, some Glow Worm models only have a digital display that doesn’t automatically show this reading. In this case, to access the pressure:

When the system is cold, the recommended reading is between 1 and 1.5 bar. If the display is showing anything less than 1.5 bar, you can safely attempt to top up the pressure to see if it clears the F9 fault code.

How Do You Top Up the Pressure on a Glow Worm Boiler?

Firstly, ensure that the boiler is switched off and cold. This is safest for the boiler as well as you, to prevent burns from any heated pipes.

Underneath the unit, you will see what is known as a “filling loop”. This is a length of pipe with one or two taps attached, usually with coloured handles to differentiate them from the pipe itself.

For loops with two handles, turn one of the taps clockwise until it can turn no more. Then turn the other tap clockwise, slowly, until you can hear water moving through.

If you can see the pressure gauge, wait until the reading reaches 1.5 bar then turn both taps off.

If you can’t see the reading, count to 3 before closing the taps, then bring up the reading on the display and repeat as necessary until 1.5 bar is reached.

For loops with one handle, the same process applies but the water will run through once you open the singular tap.

If the fault code clears from the display screen, you can now reset the boiler and see if it runs appropriately. Keep track of the pressure reading as you do so, as if it begins to drop at all then it’s likely you have a leak.

In this instance, do not repeat the repressurising process as you risk causing damage to the inside of the unit or forcing water out of pipes elsewhere in the house. You will need to call an engineer to fix the problem.

How Can a Faulty Pressure Sensor Cause the F9 Fault Code?

As the pressure sensor is a small electrical component, it can easily become damaged or faulty over time.

Often with the F9 code, engineers will find that the surface of the sensor has become blocked by dirt, preventing it from taking readings. Topping up the pressure is sometimes enough to clear this dirt, as new water rushes past the sensor.

Otherwise, the wiring that connects the sensor to the PCB may have become loose or damaged. This can happen at the end of the sensor or where they reach the PCB.

Wiring within the boiler is prone to becoming dislodged after long term wear and tear, due to vibrations within the unit caused by the pump and other large components.

These movements often increase slowly with age, but if you have recently noticed a sudden increase in loud vibration coming from the unit, the pump may be failing.

The sensor, surrounding wiring, and PCB can all face significant damage if they come into contact with moisture. A common source for leaks within the unit that lead to this is a cracked heat exchanger, often caused by limescale build-up.

Do I Need to Call an Engineer to Fix the Glow Worm F9 Fault?

If topping up the boiler pressure has not cleared the fault, or the system continues to experience losses in pressure, you will need to call an engineer to diagnose and repair the problem.

They will need to be a registered Gas Safe engineer to legally undertake the work, as it involves removing the cover of the boiler unit.

They will be able to check whether the pressure sensor is working using a tool called a multimeter.

These are used to take resistance readings of electrical parts or wiring, which can then be checked against the component’s recommended resistance.

If the sensor has stopped working entirely, a replacement part will be around £30 plus labour costs. Any surrounding wires that need repairing are similarly cheap to replace.

If an engineer finds a leak, the cost of repair will depend on what damage has been caused.

Leaks from pipe connectors throughout the house are generally less expensive, as these parts are cheap to replace. However, they may also require increased labour costs if access to the affected areas is impeded.

Leaks inside the boiler unit can require more costly repairs, as both the leaking part and any others it has damaged will need to be repaired or replaced.

For example, if a cracked heat exchanger is the source of the leak, these typically cost up to £100. If moisture damage from such a leak has affected the PCB, a new part can cost £200-500 depending on your boiler’s model.

An engineer may advise that a new boiler is more cost effective if several key components have been damaged.

Get Free Quotes to Fix Your Glow Worm F9 Error