If the L2 fault code is showing on your boiler’s display, you will need to take action before your boiler will function again.

It is rare that this fault means that your boiler needs to be replaced, but if the problem lies within the boiler unit you will need to instruct a Gas Safe engineer to find and fix the root cause.

This guide will help you to determine what has caused the fault and what your next steps are to get it working again. 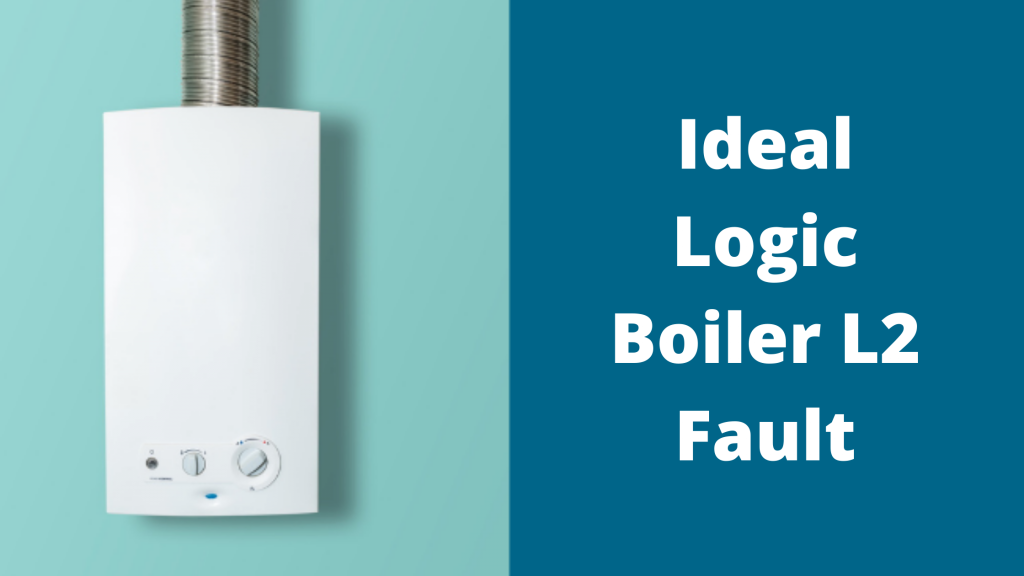 What Does the L2 Fault Code Mean?

The short answer is that the L2 fault code shows when your boiler won’t ignite, and so has no flame with which to heat water.

Therefore when this code is showing, the boiler won’t work until the underlying issue is resolved. You may also see this problem referred to as “ignition lock outs” or “ignition faults”.

What Causes the L2 Fault Code?

There are several situations that can prevent your boiler from igniting. Some are fixable at home, but most will require a registered engineer.

Before deciding how to address the problem, you may be able to identify one of these causes:

Often, the issue that caused the L2 fault code to appear resolves itself, but for safety reasons the boiler stops working as soon as the fault arises.

This means that resetting your boiler may be sufficient to get it started again, so it’s worth trying this before diagnosing other issues. If this works, but the error continues to happen intermittently, you will need to have the boiler serviced.

No Power to the Boiler

Your boiler needs electricity to run. If there has been a power outage or your fuse box has tripped recently, this could have cut off the supply of electricity to the boiler.

You can also check your thermostat, as if it is set to ‘error’ or believes that the house is at the requested temperature, it can prevent the boiler igniting.

No Gas for the Boiler to Use

By attempting to turn on any other gas-fuelled appliances in your house, you can establish whether there’s a general gas issue or if it’s just your boiler.

If no gas is coming into your home, check if the gas is on. You can do so by finding the isolation valve, which is usually next to your gas meter. This is the same valve you would use to shut off the supply in an emergency, so it’s important to know where to find it.

In newer houses, it’s likely to be outside within the meter box, but it could also be in other places such as the garage or kitchen cupboards.

Gas Pressure is Too Low

In the winter, the regulator part of your outdoor gas meter can become frozen, which can in turn restrict the flow of gas. If you have just had a new boiler fitted, your mains supply may also need to be updated if it can’t cope with the increased demand for pressure.

If neither of these are the case, it’s possible that there’s a fault on the part of your gas supplier.

During times of very cold weather, the condensate pipe that’s part of your boiler system may become frozen, causing a blockage.

Since 2005, boilers have been required to use condensing technology to decrease the amount of potential heat lost. As the boiler works, it creates high-temperature carbon dioxide and acidic water vapours.

Modern boilers condense these vapours, so they return to water form and can be used again to heat the water. During this process, the flue pipe is cooled down rapidly, which creates litres of condensation per hour.

The condensate pipe drains this wastewater from your boiler, working alongside the flue pipe which transports exhaust gasses away from your home. You can tell which pipe is the condensate, as it will be the only one coming out of your boiler that’s made of plastic.

On the outside of your house, this pipe is likely to come out of the wall closest to the boiler, and is set at a steep angle running directly towards a drain. Others are connected to other waste water pipes leaving your house.

You can usually tell if the outside condensate pipe is frozen by sight or touch. Most often the frozen blockage occurs at the end of the pipe where water flows out.

Along with the isolation valves that control the flow of gas into your whole home, each appliance has its own valve. In a boiler, the valve only opens when you turn on the heating or hot water, allowing gas to enter the unit.

Your L2 fault code could be caused by this valve getting stuck or rusted in a position that prevents it from opening fully, so there is no gas for the boiler to ignite.

When your boiler ignites successfully, an electrode sends a signal to a Printed Circuit Board (PCB) that a flame is lit.

This signal is just one stage of the process that gets your boiler started and keeps the gas flowing, and the PCB needs to sense that all of these stages have happened successfully before allowing the process to continue.

If the flame sensor does not send a signal to the PCB, it will shut off the gas supply and show an error code such as L2.

The most common reason a flame sensor fails in older boilers is a build up of rust, caused by prolonged exposure to moisture created in the fuel burning process.

There could also be a fault with the electrode itself, such as a cracked insulator. This may have instigated the short in the circuit through the PCB.

If the ignition process is not taking place, the fault could be with the spark generator itself.

The electrode and ignition leads that create the spark used to ignite the flame can deteriorate over time. This is most often caused by small amounts of moisture in the unit, which can indicate a boiler leak.

Can I Fix My Own Boiler with an L2 Fault Code?

Of the potential causes we have listed above, you are only legally permitted to fix a few yourself. Any work that involves removing the unit’s casing is potentially dangerous, so must be carried out by a qualified Gas Safe engineer.

These are steps you can safely try before calling Ideal or an engineer:

If It’s An Intermittent Error

If There is No Power to the Boiler

If There is No Gas for the Boiler to Use

If the Condensate Pipe is Frozen

When Do I Need to Call an Engineer For an L2 Fault Code?

It can’t be stated enough that any work that requires the casing of your boiler to be removed must be completed by a Gas Safe engineer, in order to comply with the law and also keep yourself safe.

If there are several issues causing the fault, it could also be more cost-effective in the long run to replace your boiler for a newer model, as individual boiler parts can be expensive.

No Gas for the Boiler to Use

If you are up to date on your payments and have checked that the gas is switched on, there may be another issue stopping the gas entering your property.

An engineer can service all of the isolation valves to diagnose whether this is the problem, or if there is a fault from the supplier’s end.

Gas Pressure is Too Low

An engineer will test the pressure at both your boiler and your gas meter. If a frozen regulator is the problem, they should be able to insulate the area to prevent future issues. They may refer to this as “lagging”.

If the problem is a new boiler that has a higher demand for gas than your mains supply can handle, they will need to upgrade it with wider pipes. The cost for this will depend on how many pipes need to be replaced.

If the valve is stuck and can be dislodged, the engineer may be able to do so and make repairs. It might need to be replaced entirely, which will typically cost around £300 with labour included.

An engineer will check for a build up of rust, or other problems which have caused the flame sensor to cease functioning. If the sensor needs to be replaced, this can cost up to £300.

If a boiler leak has caused moisture to deteriorate any of the internal components, it is the leak that will need to be fixed.

If left unchecked, it could go on to damage all other components, including expensive parts such as the PCB. The cost of fixing a leak will depend on where it originates, which your engineer will diagnose before repair.

Which Ideal Logic Models Use the L2 Fault Code?

Logic is the name of a range of boilers produced by Ideal Heating, all of which use the L2 fault code. Within the Logic range that may display L2, there are three types of boiler that might be installed in your home:

This is the conventional style of boiler, which provides heat but does not store water. They are common in older houses with a separate water tank, often found in the loft. Models of heat-only boilers include:

These models are fitted alongside a cylinder that stores hot water, which can be installed anywhere in the house. They are common in houses with multiple bathrooms, more than ten radiators, and/or several occupants. If you have to wait for more hot water after somebody has had a bath, it’s likely you have a system boiler. Models of system boiler include:

Combi boilers are the most efficient and take up the least space. They draw water directly from the mains and heat it up within the boiler unit, so there are no extra tanks or cylinders. Due to the speed of this process, they can struggle to deliver consistent water pressure in properties that require large volumes of water. If you live in a modern property with one bathroom, it’s probable that you have a combi boiler. Models of combi boiler include:

If you don’t have the installation guide to hand, you can work out which type of boiler you have by checking if you have a large water tank, a cylinder close to the boiler, or a single unit that could fit inside a cupboard.

If you still aren’t sure, look for the Ideal logo on the unit itself. Ideal uses the same fault codes for all of their boilers, so you will be able to apply any of the information provided in this guide.

Get Free Quotes to Fix Your L2 Error