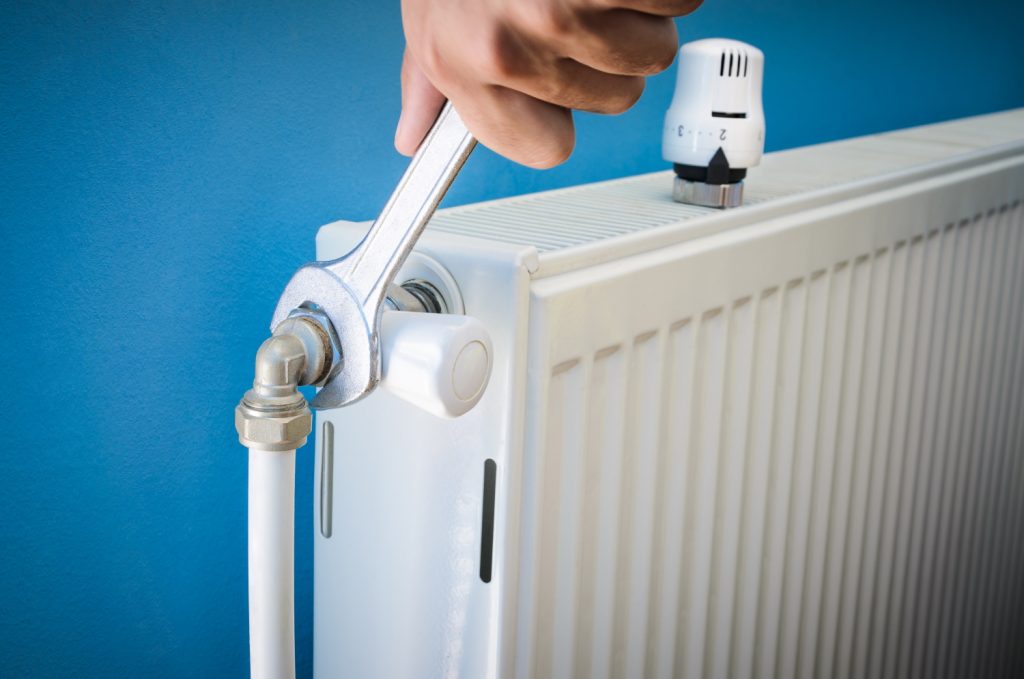 Over time your radiators and pipework deteriorate and the particles end up in the water that flows through your boiler.

A power flush is a deep of your heating system and boiler. It removes sludge, rust and other residue in your system in order to improve the water quality.

Poor quality water and residue can lead to parts of the boiler being damaged, leading to boiler breakdowns and inefficient heating systems.

This article will cover the costs of a power flush and other factors that affect the cost.

We contacted 42 different plumbers for prices on a power flush. This is based on a one power flush which is normally the case for most heating systems. Prices exclude VAT.

A good rule of thumb is £50 – £60 per radiator. Typically, plumbers will have a minimum fee up to a certain amount of radiators, then charge extra if the number of radiators exceeds that.

Factors That Affect the Cost of a Power Flush

A sealed system does not have an F&E tank but instead an expansion vessel (which can be internal or external to the boiler). Combi, Heat Only and System boilers can all work on a sealed system.

An open vented system will include a Feed and Expansion (F&E) tank at the highest point in the system (usually the roof space). They work exclusively with heat only (regular) boilers.

If your system is an open vented system, this will cost more. Expect to pay roughly an extra £300.

If a micro bore system is used, it isn’t very effective to have a power flush. If you do go ahead, expect to pay more.

If the system is really badly sludged up, it can take more than a day. Typically plumbers will price for the day, so will charge extra labour for the additional hours. This could be around £40-£50 per hour extra including VAT.

A magnetic system filter is usually needed as this will continue to protect the system once it is power flushed. Most companies will include this as part of their quote, however, otherwise may charge separately. If they do, expect to pay something in the region of £130 plus the initial quote.

Does Your Boiler Need Replacing?

Some contractors will carry out a power flush as part of a boiler replacement. Therefore, it may be more cost-effective to replace your boiler whilst also carrying out the power flush. This would depend on the age and condition of your existing boiler.

Labour costs in London and the south of England are generally more expensive than elsewhere.

If the contractor needs to travel beyond a certain radius, then they may add an extra fee on top. Unless you live in a very rural location or want to use a plumber that operates further afield, you shouldn’t need to pay extra.

Any fixes that need to be done in addition to the power flush will cost extra. For example, a fault radiator valve may need to be replaced to effectively flush and treat the system.

Signs You Need a Power Flush

There are some common signs that you need a power flush.

However, it’s worth remembering that these can be caused by another underlying issue unrelated to the quality of your heating water, so it’s best to get a professional to diagnose the issue first.

Get Prices on Power Flushes Near You

We’ve done our best to give you a good idea of what you can expect to pay for a power flush.

We work with all the best power flush specialists ready to price your job. Get free, no-obligation quotes in your local area and compare prices using the form below.