Firstly, cavity walls are typical of houses built after the 1920s. Any home built from the 1930s onwards is pretty certain to have cavity walls, but not necessarily cavity wall insulation.

The government heavily incentivised companies to do this, leading to non-specialists offering cavity insulation at attractive prices.

The result? Lots of houses received fairly low-cost or free cavity wall insulation, but many installations were rushed or budged for reasons covered below.

Additionally, much cavity wall insulation was the now-unused urea-formaldehyde foam. As this foam degrades, it falls to the bottom of the cavity wall and begins to degrade, releasing potentially harmful formaldehyde gasses.

This article will cover how much it costs to remove cavity wall insulation in the UK and other common questions surrounding cavity insulation. 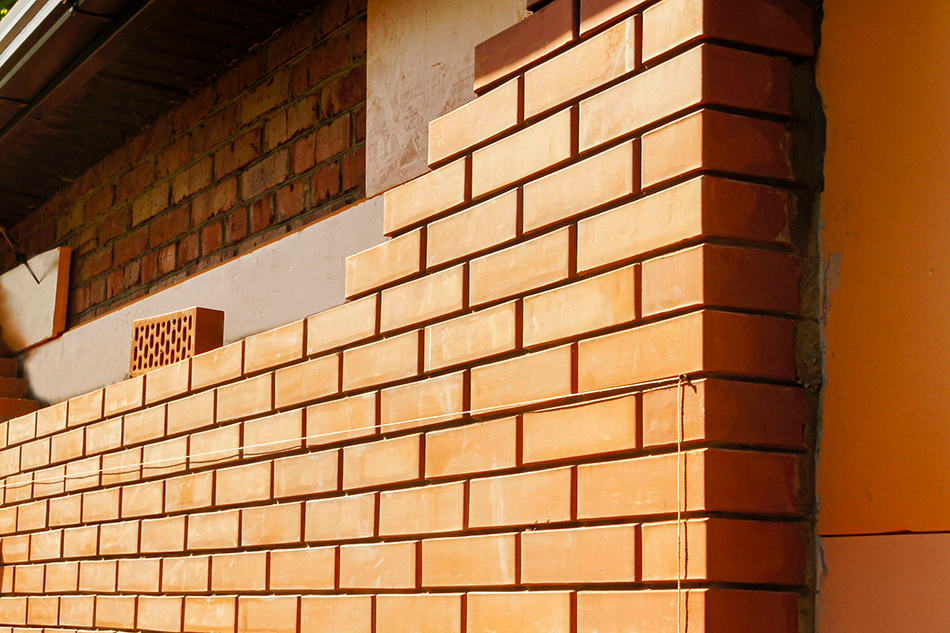 What Is Cavity Wall Insulation?

Most homes built after the 1920s and 1930s were built with two walls. The main aim of this was to prevent water from seeping through into the inner wall. Cavity wall insulation came long after the cavity walls themselves.

In the 1970s, energy bills soared, leading to energy reduction movements. Subsequently, millions of homes were then built or retrofitted with cavity wall insulation.

The cavity between the exterior and interior walls is filled with insulating materials in cavity wall insulation. Around 1/3rd of heat generated in a home is lost through the walls, making them the ideal insulation target.

Cavity wall insulation is definitely worth it – Which? states that it can shave around £150 to £280 off the yearly energy bills of a 3-bedroom semi-detached house.

But, not all houses are fitted with modern products. Additionally, installers rushed many cavity wall insulation jobs completed throughout the 70s and 80s.

And then there’s the issue of urea-formaldehyde, a common cavity wall insulation material which was phased out due to it breaking down into toxic and possibly carcinogenic substances.

Firstly, there are four main types of cavity wall insulation:

Even the newer types can pose issues if installed incorrectly, but you’re most likely to have issues with urea-formaldehyde or rock or mineral wool.

1: The Insulation Gets Wet

Cavity wall insulation isn’t typically recommended for homes with porous bricks that are regularly exposed to driving rain, at least not without specialist consideration. However, in the 1980s, installers often ignored this.

Homes likely to suffer this are in coastal regions, at high elevations or in other particularly wet and windy locations, e.g. Scotland, the Northern Irish coast and North Wales.

In this situation, water can leak through the wall, and begin to soak into mineral wool or expand polystyrene beads. The result is similar; water is transferred from the cavity to the inside wall, leading to damp issues and mould. Another possibility is the erosion of wall ties that hold the cavity walls together, even leading to structural issues.

If you find a mention of this insulation type in your property deeds and information, it’s worth getting a surveyor to take a look at your walls. They can use a borescope to assess whether the insulation is decomposing, which can pose a real health hazard. The gasses emitted by decomposing urea-formaldehyde can cause severe respiratory disease and are a probable carcinogen.

In other situations, installers might have skipped vital steps to complete the job quicker. This leads to gaping cold spots in the wall and poor overall performance.

4: Your Property is Timber-Framed

If your home suffers from a mysterious damp or mould issue, or you believe water is seeping through your walls, it’s essential to undertake a cavity wall survey. Removing wet insulation and replacing it with modern insulation can transform your home.

5: You Can Hear Rats or Vermin Inside the Wall

Can Cavity Wall Insulation Cause Damp?

Damp related to cavity walls occur for the following reasons:

If you have a cavity wall and you’re experiencing otherwise unexplained dampness, then your insulation might be the culprit. In some situations, the damp inside the wall can erode the wall ties that hold the cavity walls together, causing serious structural issues.

How Is Cavity Wall Insulation Removed?

Cavity wall insulation is removed in the opposite way to how it’s installed. Rather than being pushed into the cavity, it’s sucked out. It’s sometimes possible to use the exact same boreholes as were used to install the insulation.

Other times, it’s necessary to remove some of the brickwork. In the case of rock wool or urea-formaldehyde insulation, the insulation may need to be broken down with specialist equipment before extraction.

Can You Remove Cavity Wall Insulation?

Most cavity wall insulation can be removed, but the process does differ depending on the type of insulation.

For example, polystyrene beads are probably the easiest type of insulation to suck out. Rock wool may have to be broken up into smaller pieces prior to being removed, the same for urea-formaldehyde.

In these situations, compressed air is blasted into the cavity to loosen the old material. Small segments of brick might need to be removed at strategic intervals to make the cavity easier to access.

It depends on the size and scope of the project. Straightforward jobs are generally completed in a day or two. The deciding factors are the type of insulation installed and its condition.

Before undertaking work, you’ll probably need to undertake a wall survey. A surveyor can use a borescope camera to assess the state of your cavity wall insulation. This might cost around £200 to £300. Most removal companies will inspect your wall prior to the removal process.

Get Prices on Removing Cavity Wall Insulation Near You

We’ve done our best to give you a good idea of what you can expect to pay to remove cavity wall insulation.

We work with all the best contractors ready to price your job. Get free, no-obligation quotes in your local area and compare prices using the form below.