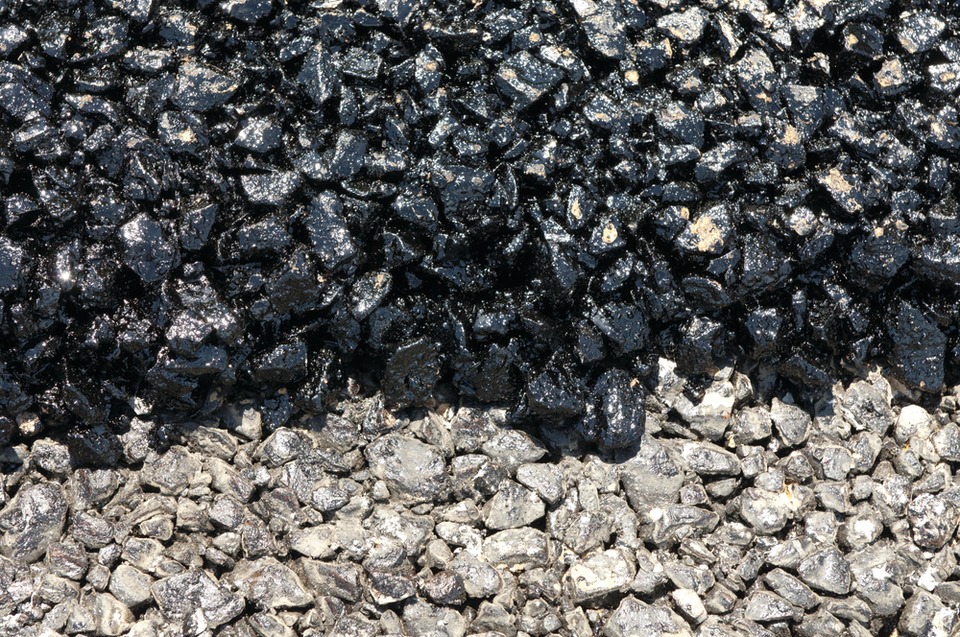 Asphalt and tarmac look similar and share many traits. However, there are some key differences too.

Finding information on tarmac and asphalt online can also be confusing. This is due to American and UK differences in terminology. For example, Americans call bitumen ‘asphalt’. This article goes through the differences using British definitions.

Tarmac is short for tarmacadam. Tarmac got its name from John Loudon McAdam. He first introduced the ‘macadamizing’ method in 1820. This process involves adding a gravel layer to the top of a normal pavement.

A businessman named Edgar Purnell Hooley then added the extra ‘tar’ layer to the macadamized payment in 1902.

Tarmac is rarely used nowadays. This because of the carcinogenic properties of tar and high temperature susceptibility. It is also prone to damage from diesel or petrol spills.

Bitmac is usually used instead, replacing the tar with bitumen.

Bitumen is produced as a byproduct of refining petroleum. The process is popular today and therefore, bitumen has become the default choice.

The replacement of tar with bituman makes a surface composition that’s more similar to asphalt than tarmac. Asphalt and bitmac both use bitumen to bind the aggregates together. However, bitmac contains far more sand and filler.

70% of asphalt is used in road construction.

This is because it is a cheaper solution when surfaced over a larger area. For smaller surfaces it is more expensive.

It is also harder wearing, making it more resistant to extreme weather. This comes at the cost being more prone to the scuffing by car tyres scuffing.

Asphalt is also more sustainable and environmentally friendly than tarmac. Asphalt can be scrapped off and reused, unlike tarmac.

When the term ‘asphalt driveways’ is used, it could refer to one made of asphalt concrete. This is a different material to asphalt.

Asphalt concrete consists of either sand or grit bound together with asphalt.

They last much longer than standard asphalt surfacing. However, there are a few drawbacks:

The Bottom Line: Tarmac or Asphalt?

Tarmac is very rarely used nowadays and there are some clear disadvantages to using it in it’s true form.