Wetrooms essentially convert the entire concept of a bathroom into a wetroom.  The whole area – or part of the area – is sealed – or tanked – to prevent any water from escaping.

Whilst wetrooms can still have a toilet, sink and even a bath for a larger wetroom, they can also be fitted as standalone rooms separated from other bathrooms.

In essence, a wetroom converts a bathroom into more of a spa-like space where tiling, flooring and the shower system combine to create an entirely new exciting space.

This article will cover what you can expect to pay for a wet room, factors that can affect the cost and other common questions around conservatories. 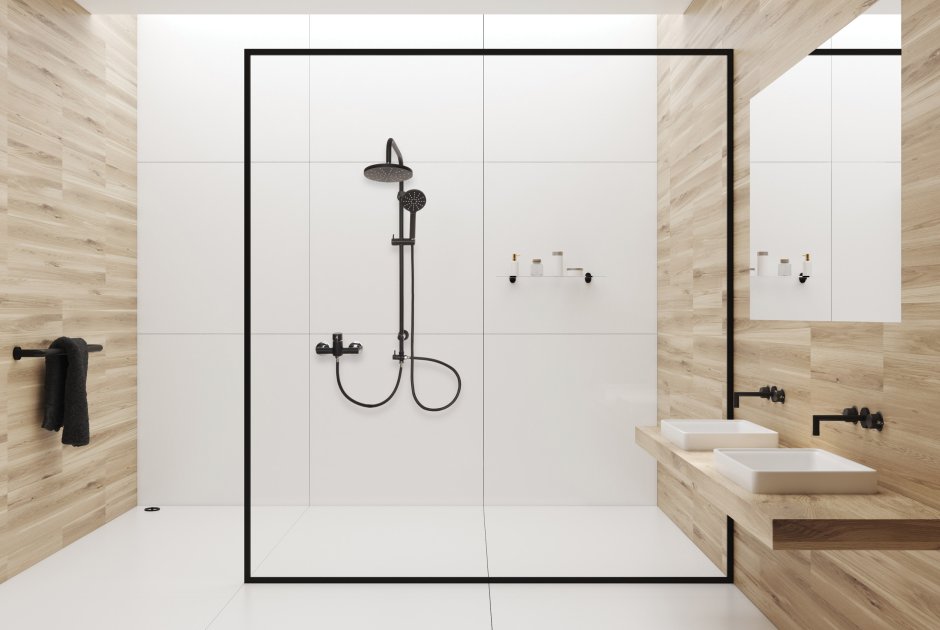 Contents hide
1 Average Wetroom Costs
2 Wetroom Materials
2.1 Wetroom Flooring
2.2 Wetroom Walls and Ceiling
2.3 Wetroom Tray
2.4 Shower Systems Fittings
2.5 Tanking Materials
2.6 Extra Costs
3 Will I Need Underfloor Heating for My Wetroom?
4 Types of Wetrooms
4.1 1. Tanking the entire bathroom
4.2 2. Tanking a section of the bathroom
5 Why Build a Wetroom?
6 Can Anyone Have a Wetroom?
7 How Long Does it Take to Install a Wetroom?
8 What About Planning Permission for Wetrooms?
9 Get Prices on Wetrooms Near You

By compiling quotes from 5 wetroom companies and 6 secondary sources, we’ve found the following average wetroom costs. Costs include all materials and labour costs but not underfloor heating or new toilets/basins.

It’s also worth noting that installing a wetroom in a newbuild may cost some 20% less than a retrospective fitting.

In terms of what to expect for each type of quality:

Expect to pay between £200 – £600 extra for underfloor heating depending on the size of the wetroom.

The fundamental features of a wetroom include:

In terms of wetroom flooring, there are 4 main choices:

Tiles or stone flooring is the classy option. Natural stone tiles are quite grippy, which is important, but they’re also the most expensive and coldest underfoot. For a tiled wetroom floor, underfloor heating is pretty much essential – we’ll cover that in a moment.

Vinyl is much cheaper, though potentially less long-lasting than tiles. Vinyl is also soft, grippy and there are lots of different styles on offer. It insulates heat better than stone or tiles.

Rubber is the third choice, boasting superior non-slip qualities. Rubber is an excellent choice for the elderly or those with mobility issues.

The walls and ceiling of a wetroom offer ample design choices. Natural stones including marble and limestone rate as higher-end options. Tiling is available in any colour or style ranging from classic metro tiles to mosaics and coloured ceramic tiles.

The wetroom tray forms the base of the wetroom. It has to be built with a precise slope that allows water to drain away properly. The type of tray depends on the type of flooring already fitted in the bathroom, usually timber or concrete. You don’t have to use a tray – the floor gradient can be constructed without one.

Concrete floors will need to be replaced with a new layer of screed. For timber floors, a plywood deck is typically installed to angle the wetroom flooring towards the drain. Waterproof decks are fitted on top of the base before the tiling or floor is laid.

Many people choose to upgrade their shower system when they install a wetroom. There’s massive variation between shower systems with options ranging from basic kits to super-high-end multi-nozzle systems. Any glass dividers or other curtains are an extra cost to bear in mind.

Tanking materials often come with a life expectancy or warranty that guarantees their waterproofness for a set period of time. You can ask your wetroom specialist about their tanking warranty and whether they offer any guarantees.

Other costs mainly relate to electrical fittings and any new toilet or sink installations. Wetrooms need waterproof lightning and need to be properly wired for electrical safety.

Will I Need Underfloor Heating for My Wetroom?

It depends on where your wetroom is located in your house. Upstairs wetrooms will likely stay much warmer than downstairs wetrooms as the flooring is typically timber rather than concrete.

Wetrooms that are well-insulated from outside walls may retain their heat well enough to not need underfloor heating.

There are two broad approaches to building a wetroom:

To build a true wetroom, the entire bathroom has to be tanked. Tanking means to totally seal the space from water.

Fully tanked wet rooms will allow you to shower without entering a specific shower area – you just stand (or sit) under the showerhead and the water will safely drain away.

It’s common practice to install some glass dividing panels in a fully tanked wetroom, helping segregate the shower from the toilet and sink.

It really depends on how big your bathroom is. According to Victoria Plum, the average UK bathroom is typically around 2.5m x 2.5m. This is a great sized bathroom to fully tank and wouldn’t be overly expensive.

2. Tanking a section of the bathroom

Tanking a section of the bathroom might be optimal for much larger bathrooms that simply don’t need to be fully tanked.

One side of your bathroom might be a large wetroom, the other side can contain your standard wash area and toilet, and even a bath if your bathroom is big enough. Glass dividing panels can prevent too much water from escaping beyond the wetroom area.

Luxury options include double showers where two people can shower side-by-side, which you can find in some luxury hotels. Wetrooms can even be combined with saunas. High-end wetrooms can even feature 360-degree water jets that ‘fire’ from all angles!

Why Build a Wetroom?

Conventional bathrooms do the job, but wetrooms transform the space into something all the more special and luxurious.

Wetrooms aren’t all about looks and aesthetics, though, they’re also superbly practical in that they reduce cleaning and provide easy access for those with mobility issues.

Using a wetroom is a delight that can transform anyone’s day – they’re an excellent investment for both yourself and your home.

Can Anyone Have a Wetroom?

Pretty much! Wetrooms are probably best suited to bathrooms larger than 2m x 2m or 3m x 1.5m unless you’re removing the toilet and sink, or at least moving them to maximise space. But even very compact bathrooms can make slick, stylish and practical wetrooms.

Installing a wetroom in a very small bathroom will work in theory, but things can get pretty cramped and you need somewhere to store towels, wash products, etc.

You’d be surprised, though, as even smaller bathrooms can be effectively converted into a wetroom. Smaller bathrooms are also cheaper to convert into wetrooms, so long as the room is suitable to tank (waterproof).

How Long Does it Take to Install a Wetroom?

Size is the primary variable here but it’d be rare for anything but the very grandest wetrooms to take much longer than a week or two to complete.

Small wetrooms will likely only take around 3 or 4 days to install.

What About Planning Permission for Wetrooms?

Planning permission won’t be an issue for constructing a wetroom within an existing part of the house.

However, wetrooms must comply with building regulations and there are two key things to be aware of here.

Whilst the existing bathroom’s construction should be compliant with building regs already, wetrooms require sufficient ventilation to allow steam to escape safely and must also be electrically safe.

By using a contractor or installed enrolled in a Competent Person’s Scheme, your contractor can self-certify the work as compliant with these additional building regulations.

Get Prices on Wetrooms Near You

We’ve done our best to give you a good idea of what you can expect to pay for a wetroom.

We work with all the best wetroom experts ready to price your job. Get free, no-obligation quotes in your local area and compare prices using the form below.