Central heating has always traditionally been associated with massive expense, but prices have come down lately and boilers have become more efficient, easier to maintain and cheaper to purchase.

In the long term, this can make new central heating a profitable option even despite the installation costs.

This article will cover what you can expect to pay for central heating, factors that can affect the cost and other common questions around central heating. 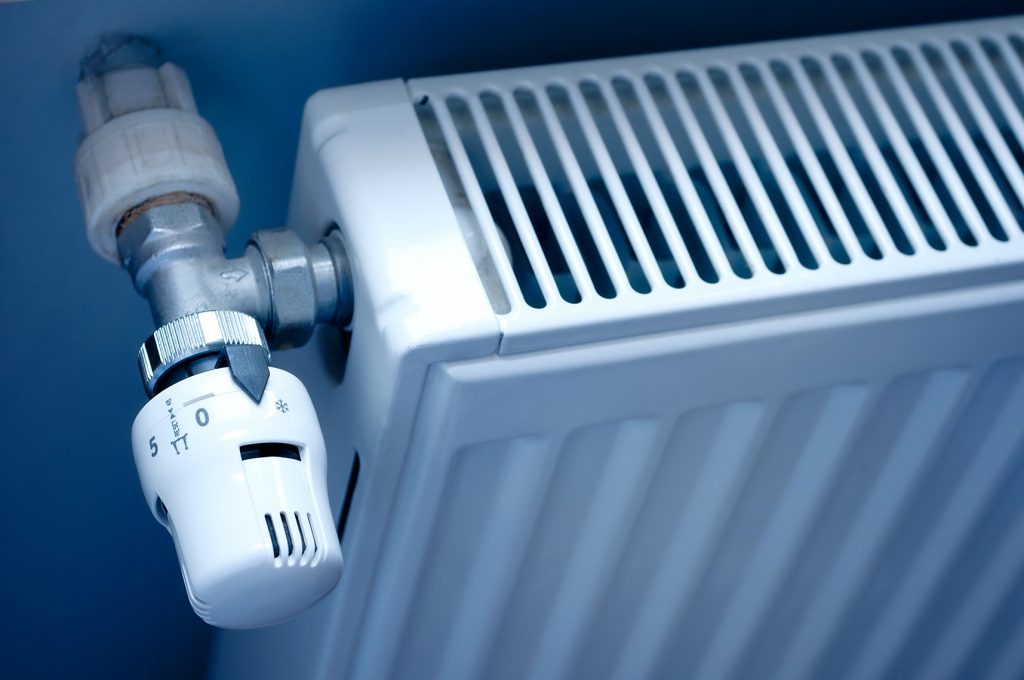 The average cost of gas central heating varies primarily with the size of the property.

Whilst the price of boilers typically hit a ceiling at around £2,000 at the very most, the price of pipework and radiators scales with the demands of the heating system.

Radiators cost around £150 each whereas pipework costs between £800 to £1200 per project with installation.

By gathering quotes from 6 primary sources and 7 secondary sources, we found these average total prices for gas central heating in different sized properties.

Prices include all parts and labour. Labour costs will be higher in older homes and homes with poor access. Installation in new builds will be some 10% or 20% lower because the walls won’t need to be stripped and old components won’t need to be removed and thrown away.

Electric heating is the most costly of all central heating whereas oil is only typically necessary in homes that aren’t on the mains gas grid.

In short, the vast majority of central heating in the UK is gas-powered, which is what we’ll be covering here.

There are 3 main types of boilers used in gas central heating systems:

Combi boilers are one of the newer types of boilers. They heat water directly from the cold water mains supply, so there is no need for a separate water tank – hence the ‘combi’ of the boiler with the water tank in one unit. They’re usually only suitable for properties with low hot water demands, e.g. one bathroom.

Standard/conventional/traditional boiler systems are still the most popular option in most semi-detached and detached houses in the UK.

They feature a boiler and separate hot water tank, which usually sits in the airing cupboard. A feed boiler also sits in the attic, supplying cold water to the hot water tank. The water tank will maintain a hot water supply sufficient for multiple bathrooms, which is their main advantage.

Similar to combi boilers, pressured system boilers heat water directly from the mains. They use a pressured water tank that can pass more hot water through multiple taps and radiators.

Somewhat of a hybrid system for larger properties and usually the most expensive option.

All of these manufacturers provide combi, standard and pressured system boilers.

Prices for boilers alone tend to vary from as little as £500 (for small one-bed flats) to £2000+ for large detached houses.

New installations and full central heating upgrades are usually only necessary in new builds or upgrades to old houses built before the 1970s or so.

It won’t always be necessary to replace an entire system, it depends on the quality of existing components. For example, old copper piping can corrode or suffer from pinhole leaks.

This can vastly decrease the efficiency of a system – it wouldn’t make sense to replace the boiler without replacing poor-quality piping.

Similarly, radiators also decline in functionality and efficiency, Best Heating says that new radiators are up to 50% more efficient than their year-2000 equivalents.

Upgrading an entire system is often more cost-effective than upgrading the boiler, radiators or pipework alone, and will result in greater net improvements in heating efficiency.

In the case of replacing an existing system, it’ll be relatively easy for the central heating engineer to match your old boiler’s power output with a newer A-rated boiler.

It’s likely that new radiators will be fitted in place of older ones, so you’ll need the same amount as you have already.

In the case of replacing conventional gas central heating systems, your engineer will discuss whether or not you need new tanks and/or piping.

New radiators and piping could vastly increase the efficiency of your new system, so are always worth considering if you’re replacing the boiler anyway. It probably won’t be necessary for newer builds built since the late 90s or 2000s.

The new radiators are typically installed first. The old system will be safely removed. New pipes are laid from the radiators to the new boiler.

The new boiler is typically fitted near to an outside wall so the boiler flue (exhaust) can be easily directed outside. If you’re moving your boiler, the engineer will need to drill a new flue.

The thermostat will be installed and connected to the boiler.

Switch on and Balance System

The system will be filled with water allowing each radiator to vent through. The boiler will then be switched on and the engineer will balance the system using the radiator valves.

The main reason for upgrading a central heating system is to take advantage of new A-rated gas boilers.

A-rated gas boilers are as much as 95% efficient. Boilers extend through A to the lowest category, G, which are less than 70% efficient.

Since 2008, newly fitted boilers must be at least 88% efficient.

Over time, these savings have a huge cumulative effect – new heating systems end up paying for themselves.

Other benefits of fitting new central heating include increasing hot water pressure and heating times, as well as improving the actual heating of your home.

Newer radiators are also more efficient than older ones and will radiate more heat at lower settings.

If you’re looking for electric or oil central heating systems then bear the following in mind:

Get Prices on Installing Central Heating Near You

We’ve done our best to give you a good idea of what you can expect to pay for central heating.

We work with all the best central heating engineers ready to price your job. Get free, no-obligation quotes in your local area and compare prices using the form below.